Join Suzanne Chesterton as she pushes the genre boundaries of trance, progressive, house and techno with loads of exclusive new music every week on Voyager Radio. This is an outstanding hour long fully presented radio show, which encompasses Suzanne’s 20-year background in radio along with her five-year stint as the Senior Producer on Paul van Dyk’s VONYC Sessions. Since 2014, she has worked on over 250 episodes of the show at Distorted, along with many others for the likes of Martin Jensen, Markus Schulz, Dannic and Solarstone’s Pure Trance 100 – Live from the ASOT Studios in Amsterdam.

Perfectionists in the studio, passionate on stage and with an army of dedicated Tritonians in every corner of the planet, Texan duo Tritonal invite you to enter Tritonia, a weekly podcast featuring the latest in dance music, handpicked by Chad and Dave. Tritonal are among the top 400 most consumed artists on Spotify globally and have performed at festivals around the world including Lollapalooza, EDC Vegas, Electric Zoo, Tomorrowland among many others.

Transmission Radio brings you the latest and greatest in Trance and Progressive music from all over the world. As the latest offspring from Transmission, a top indoor dance event with outstanding shows, lasers, sound system, visuals and special effects. Expect to hear recorded live sets, album specials, guest mixes (the Transmix), and more!

Music in the Air

Music in the Air is an incredible travel into house, deep house and nu-disco sound selected by Villahangar' s Djs and the best house Djs. Created by label Villahangar.

You are going to hear seven songs, each of which will be a clue to an overriding film, book, TV show, or ‘fictional world’. The aim of the game is for you to guess the fictional world before the end of the show. 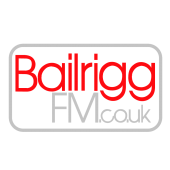